(4 min read) Those of you who follow this blog are probably well aware of the fact that I get somewhat personally invested in each post. Also, you might or might not know that I am an avid horror fan by now. So, I had this idea to write a blog post about famous mosaics in horror movies to honor the fact that the game-changing horror movie Hereditary hit the theatres in June of last year. But unfortunately, the internet had virtually nothing to offer on the said subject. However, scraping through thoughtful mumbling of fellow bloggers and superficial ramblings of magazines, online, and otherwise, I ran into some pretty gritty dark matter. (pun intended Michelle Paver)

Darkness and death have always been both subjects of great interest from early on in human history. Keeping in mind that mosaic is one of the oldest forms of artistic expression, it doesn’t come as a surprise that skulls, skeletons and grim reapers always had their loyal fans among mosaic artists. One of the most famous examples is probably The Skull, and the Level mosaic from Pompeii, which now proudly resides in the National Archaeological Museum of Naples.

This magnificent mosaic is full of symbolism and explaining it all would be too much for this one post. However, considering how witty and insightful the audience of this website is, I’m sure you have no trouble guessing it all. Meanwhile, on the other part of the globe, on the territory of today’s Mexico, skilled mosaic artists depicted a similar subject in a different manner. Using shells and vibrantly colored pebbles and gems, Mixtec people made their own sculpture mosaics.

Most people today don’t realize that the mosaic artists crafting those sculls and pictures of death, were Cravens and Carpenters of their time. Yes, sure, the horror of it all is much more “artsy”, but it’s still horror nonetheless. Needless to say, mosaic art prevailed even in this digital age of animated movie gore, and it keeps capturing elements of horror art and genre till this day.

One of the most famous examples of mosaic art celebrating horror genre are the glorious walls of Leytonstone tube station, London, UK. The Mosaic artworks created on these walls are honoring the craft and legacy of legendary Alfred Hitchcock. Some of them show famous scenes from Hitchcock’s movies and some show the director himself. Either way, whether you’re a horror fan or just a fan of the seventh art, this terrific station is worth visiting.

One of famous examples of horror characters in mosaic art is certainly Jason Mecier’s, Freddy Krueger made of licorice (talk about irony!). Mecier included The Nightmare on Elm Street’s trickster in his Red Vines series, together with the likes of Dexter’s Michael C. Hall and another horror icon, Kim Kardashian. (we’re heavy on sarcasm in this blog…)

Last but not least, if you are into some classics with Bella Lugosi and Boris Karloff, or if you are crazy about Vincent Price like I am, mosaic art has found a way to establish itself there as well. Mark Bloom and Maggie Rickard of Velvet Glass created the gorgeous stained glass series called simply Classic Monster Mosaics. Horror oldies from the 1930s found their way into the hearts of contemporary art fans yet again. All pieces are handcrafted in monochromatic black-and-white tones, which adds to their twisted and captivating beauty.

Let’s end this dark and wonderful journey with a quote from Love’s Shadow by Lawren Leo, cuz he pretty much summed up some major thrust in one sentence: “The earth is a mosaic, and most fail to notice the gossamer tesserae floating down from the realm of the mind that form its images of beauty and horror.” 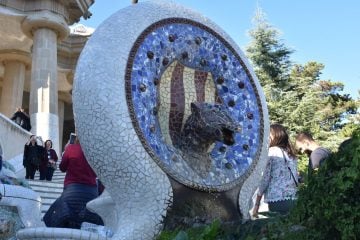 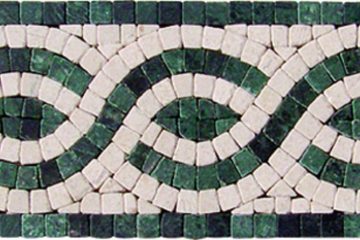 Home office walls: How to always be ready for your Zoom meeting

These would all be great to visit in the summer. So many different and great designs, they are all really pretty.

I admire the dedication and time these artists put into these works of art.

Melanie
on Top mosaic art destinations to visit this summer

Wow those are amazing from all over! Thanks for sharing!

These artworks are so stunning. My favorite would be the mosaic sculptures at the Nambucca heads.

It's amazing what people can create using broken pieces of tile. I love the level of detail in the subway self-portrait.