Indoor Graffiti To Ramp Up Your Space

(4 min read) When someone says “beautiful”, most of us think of entirely different things. Some of us think of Leonard Afremov paintings, some think of Rachel McAdams and others of their garden in May. That goes to show that beauty is the matter of individual observation and perception. There isn’t a universal measurement of beauty. Most of us will agree that art doesn’t necessarily have to be beautiful, but it should make you feel excited, it should make you feel alive. In a way, that is what street art does best.

I’ve been an avid fan of hip-hop culture for years now. Hip hop culture in particular, has a way of appropriating any subject and making it its own. Other art forms are often way to “smug” to do that. I guess that is exactly the “swag” that most hip-hop artists are characterized with. On the other hand, as much as I love hip-hop, I can’t let it take the credit for the entire movement of street art, simply because the credit doesn’t belong to it.

Graffiti, as the first rebellious form of expression, started emerging on the walls of abandoned buildings a whole decade before hip-hop, in 1970. In fact, if we want to be more accurate, graffiti as the first form of street art, shyly started appearing in New York in 1968. By 1973 they were already a “fully baked” artistic structure. It wasn’t until the 1980s that the media started linking graffiti to breakdance, rap music and later, hip-hop.

Now that we’ve broken that myth, let’s travel through time to this day and age. From artists such as Bill Rock, Lady Pink and Daze, to modern icons like Vhils, Above and the elusive Banksy, all of them have one thing in common – rebellion. Graffiti painting starts with rebellion, but it becomes the art form that makes you wholesome if you keep doing it long enough, or that’s how it seems.

It starts carrying strong messages that end up vibrating through communities. Needless to say, we want that right? Something that powerful and vibrant is almost addictive, so we want it in our homes as well.  Keeping that in mind, it is no wonder that even something so subtle as painting started imitating graffiti in recent years. We don’t want our youth to end, we are all rebels at heart.

So, go for it! Sure, it takes some courage to paint a graffiti on your kitchen wall, but who cares? It’s your wall, and how you get inspired and what gets you moving is your personal preference. Before I start sounding like an inspirational quote, let me give you some tips on how to make graffiti part of your interior designs. If you aren’t good with drawing, you might want to consider hiring your local street artist to channel your idea. The most attractive feature of indoor street art is the fact that it is unexpected. It has that ultimate surprise factor, that “intrusive cool” effect.

If you don’t like risking too much, you can opt for a smaller statement, with maybe a brief “tag” graffiti, or a graffiti painting that you can occasionally move around. There is also a decoration mural as a good middle ground between excessive and unobtrusive. If you are more subdued by nature, or your home interior consists mostly of darker wooden furniture, maybe you should consider a black and white graffiti, rather than something flashy. In the end, it’s good to mention that the street art isn’t just about wall decoration ideas. There are more and more artists who do furniture designs as well, so you can get yourself an awesome-looking chair, or a poppin’ TV table. The choices are endless.

All in all, art comes in so many shapes and forms, that one could easily end up “overdoing” it. The trick is to make a statement without being tacky, and that is exactly what street art does. 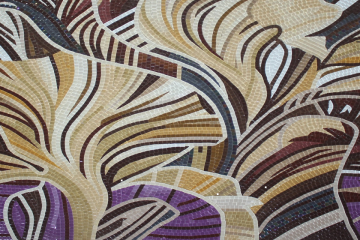 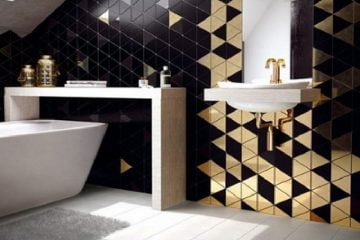 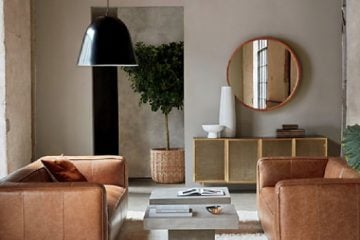 Mosaic art becomes a space odyssey in its own right

Kate S.
on Mosaic trends in 2020 to look forward to as we say hello to a new decade

The first one would look perfect as an accent wall for sure.

Thanks a lot Stephanie, happy you like these mosaics :)

Thanks a lot Olu, happy you like the artworks.

Indoor Graffiti To Ramp Up Your Space