(5 min read) If you browse through the internet searching for the explanation and insight into how human-animal bond actually came to life, you won’t find much. Most often you will run into some sturdy definition, such as: “The human-animal bond is a mutually beneficial and dynamic relationship” yadda yadda yadda. That is all fun and dandy, but no one knows when exactly people started to tame animals and keep them as pets.

Some scientists over at Smithsonian suggest that pets have been harnessed to humans for tens of thousands of years, but that is one quite broad assumption. On the other hand, archeologists have discovered thousands of stone tools and animal bones that suggest that homo Erectus (lol) has been scavenging and butchering animals at least 2 million years ago. Needless to say, animals of all kinds have been integral parts of our lives. Whether you like munching on hamburgers, or you’re a vegan with ten pets trying to save the cows from slaughter, you’re bound to be in some kind of contact with animals. And the same goes for art. Animals have been present in the art world since the dawn…well, since the dawn of the art world. One of the best examples for that is undoubtedly mosaic art.

The earliest form of mosaic tradition was found in decorative designs of Mesopotamia around the 16th century B.C. One of the entry gates, known as the Ishtar Gate, was adorned with gorgeous glazed bricks sainted and assembled to represent a variety of animalistic motifs, such as oxen and lions. These early beginnings of mosaic art although truly gorgeous, are not done in the mosaic patterns as we know them. The first mosaic artwork as we know it started appearing during the Sassanid Empire and the majority was a direct result of the vast Roman influence.

Some of the most beautiful mosaics come from the Macedonian palace-city of Aegae, with one of the most prominent being the Stag Hunt Mosaic from the House of the Abduction of Helen, from the late 4th century BC. Once again, the animal is in the center of the mosaic art, depicting a stag being hunted down by hunters and their dog. One of the famous ancient mosaics from the same period was found in nearby Greece. A mosaic of the Kasta Tomb in Amphipolis, which depicts the abduction of Persephone by Pluto, with two magnificent horses at the center of it. Scenes of hunting bores and stags, a variety of birds, most prominently doves, were often depicted in this early period of civilization.

These days animal mosaic art is much more colorful and it is mostly focused on the expression of love and affection toward animals than anything else. Back in ancient times, animal mosaic art was more business-like (I’m trying to avoid the term “butchering”). Today artists like Amanda Anderson with her colorful animal and nature mosaic art, are pushing the boundaries and style. Anderson mostly works with stained glass and patterned ceramic pieces, but always in gorgeous vibrant colors and intricate craftsmanship and construction.

Jim Bachor does some great work covering potholes, but almost all of his seemingly quirky mosaics carry strong messages, and often he sends that message by featuring an animal in his mosaics. Vermin invading New York City may be under the radar for the rest of the world, but Bachor draws the problem out I the open by creating rat and pigeon mosaics pothole covers. He also depicted dogs, owls, and more, all in good purpose and with great admiration from the communities.

One of the famous mosaic artists who is also doing some useful work for the communities is Chilean mosaicist, muralist, and ceramist Isidora Paz Lopez. She is well known for her captivating public art project that fundamentally transforms grey and gloomy city streets into vibrant mosaic landscapes. She often chooses animals to build her mosaic stories around, so city streets get their very own piece of lush flora and fauna.

For some of us, animals are the source of food, for others, they are the cause for concern, but for most of us, they are love, joy, and friendship all in one. Mosaic art, as one of the oldest art forms in the world, stands as a strong testament to the unbreakable bond between humans and animals.

5 Home office design ideas that will refresh your job ethic

The most popular swimming pool trends of 2020 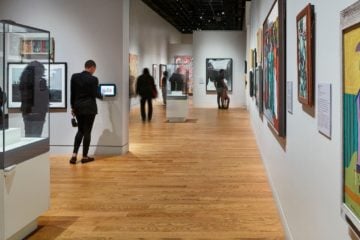 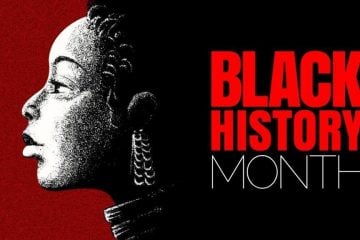 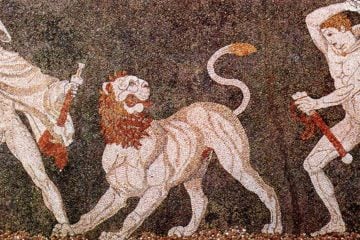 10 kitchen and bath design trends we spotted at KBIS 2021

Viano
on Artworks by Black painters in the Smithsonian Collection

A very interesting read. It's lovely to see how these African Americans were able to stand out despite their race.

Rosey
on Artworks by Black painters in the Smithsonian Collection

The Sweet Violets is a vibe. They are all nice but that is my favorite.

Marta Skeledžija
on Artworks by Black painters in the Smithsonian Collection

Oh that art work is stunning...Thanks for sharing it with us...

Melissa Cushing
on Artworks by Black painters in the Smithsonian Collection

Melanie williams
on Artworks by Black painters in the Smithsonian Collection

How lovely are all these artwork pieces here. It is nice to explore the art world that is for sure x