(4 min read) Now that we’ve dipped our toes into August, it seems only fair to dedicate an article to what’s to be (meteorologists say) the hottest month this year in both the western and northern hemispheres. July was already hot, but it seems that August will be hellish, so let’s talk nice about it and hope someone in charge of the weather will hear us…

On a cheerful note, August is famous for a variety of things, including dog days of summer, National Smile Week, and National Watermelon Day. However, August is named after Augustus Caesar, who was the founder and first emperor of the Roman Empire. It is also interesting to note that August was originally the sixth month of the year, so it had 30 days. It was later moved and one day was added to it, so it is as long as July, which was named after Julius Caesar, Augustus’s great-uncle.

Ancient Romans created some gorgeous mosaic artworks, but their beauty was only one part of their overall value. Their true value was realized many centuries later because they helped future generations learn so much about the everyday life of Romans. From the essential documentation of ordinary objects such as tools, clothing, food, weaponry, and nature, to depictions of gladiator fights, hinting, athletics and farming, mosaic art truly served as a historian for this and many other time periods in human history.

In short, characteristic Roman patterns created of small white and black tiles are considered Roman mosaic art. As for materials used as mosaic tiles, ceramic glass and stone were most common, including colorful seashells of various shapes and sizes.

Roman mosaic art has its roots in the bronze age when Minoans started pebbling their floors. Greeks took over that concept and gave it a little twist — mosaic motifs on their floors repeated themselves. These first attempts at pebble mosaic art date back to the 5th century BCE.

However, it wasn’t until the 3rd century BCE that the Roman mosaic as we know it flourished and took off as an art form. Instead of pebbles mosaicists started using tesserae mosaic tiles and using coloration and shading to make their mosaic artworks more captivating. One of the best artists from that period was Sosus of Pergamon whose glorious Drinking Doves mosaic artwork is being replicated and admired to this day.

The white and black tesserae mosaic art was definitely the main current of mosaicism at the time and it managed to last all throughout the third century CE. Some other mosaic art forms included using mostly red mortar aggregate and white mosaic tiles, known as opus signum, as well as employing huge-colored stone or marble slabs, a technique called opus sectile.

All mosaic techniques were first used on floors and later on mosaic art started appearing on walls of Roman baths and pools, and from there it moved into other parts of palaces, rich homes, squares, etc.

Today, most mosaic artists still create their masterpieces the way that those in ancient Rome once did. The Roman and greek patterns still grace floors and borders in residences around the world, and some shadowing and coloring techniques are used on mosaic portraits. Thanks to its outstanding longevity and resilience, thousands of years old mosaic art taught us about ancient Rome and about itself.

This is the most recent story. 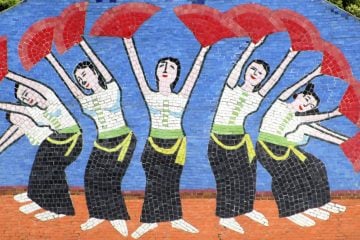 Record-Breaking Mosaic Art Around the World 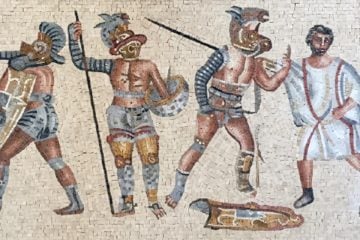 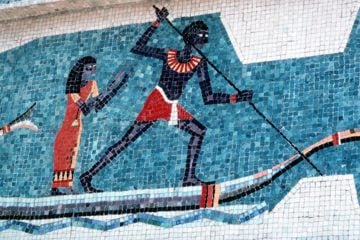 Caring For Your Mosaic Artwork

Mosaic Surfaces And How To Choose What Works Best For You

The everlasting popularity of mosaic art

Tammy
on The legacy of Roman mosaic art

Lots of rich history behind these pieces. I love the colour palettes of the Roman scenes...really beautiful!

Czhyonne
on The legacy of Roman mosaic art

That's amazing! This is one of the most interesting arts! Thank you for sharing this information with me.

Sarah Stockley
on The legacy of Roman mosaic art

I am loving the history lesson and also seeing all of these mosaics. I totally love the one with the cat on.

Melanie williams
on The legacy of Roman mosaic art

What an interesting read, I always love to learn about history and the connection with Mosaic art is fascinating x

Victoria Prasad
on The legacy of Roman mosaic art

Wow! I just learned so much by reading this article! This is all so very interesting. Great read!!