(4 min read) Mythology and lore created by those who came before us remain fascinating and awe-inspiring in modern times. Whether if it is Greek, Roman, Nordic, Celtic, Slavic, or any other, mythology has always been shrouded in mystery and disbelief. We are always so eager to think we’ve come a long way moving past all of that colorful and picturesque polytheism, but have we really?

We often tend to forget that mythology as we know it came to be because our ancestors were simply trying to make some sense of the world around them, and in that sense aren’t we doing the same to this day? Keeping that in mind it is no wonder that we find any mythological artwork interesting and awe-inspiring. Books such as Circe by Madeline Miller and Lore by Alexandra Bracken are huge successes, and hip-hop tracks such as “Zeus” by Eminem and “I’m a Greek god” by Nacho Picasso are blasting through headphones of teenagers all around the world.

When it comes to mosaic art, mythology has always been an integral component of its history and you can’t really talk about the legacy of the mosaic without mentioning some of the works that to this day grace the ruins of old temples built by ancient civilizations.

All ancient civilizations have either gods and goddesses or mythical leaders and forces that brought the world into existence. People turned to them in times of natural disasters or other troubles, they prayed to their gods for good harvests, more rain, or war victories. They built temples to honor them, adorning them with statues, pictures, and glorious mosaic artworks depicting their faces and often muscular bodies. Some of the most beautiful mosaic artworks are made to depict deities and their powers.

One of the most frequently depicted mythological figures in mosaic art was and still is — mermaids. These half-fish, half-humans were a huge part of the vast European folklore. According to old legends, they were natural beings with prophetic and magical powers. One of their main features were their glorious singing voices which they used to attract the sailor into their untimely deaths. Even today, people still believe that the mermaids do indeed exist, but they are hiding in the depths of Mariana Trench far away from the prying eyes of humans. These days, mermaids can most often be seen as mischievous mosaic figures on bottoms of outdoor and indoor pools, bathroom backsplashes, or aquariums.

Scenes from hunt and war involving some of the mythological creatures were also often recreated through mosaic artwork and they are still awe-inspiring to this day. You will often walk into a lobby of an office building just to be greeted by a floor mosaic depicting one of medusas conquests or centaurs with their bows and arrows ready.

If you are intrigued by some of these marvelous mosaic masterpieces and you decide to add something mystifying and anciently divine into your own space don’t hesitate to contact us. Aside from being amazingly talented craftspeople, our mosaicists are also experts in depicting old legends and myths. Some of the finest works in our catalog came straight out of the most colorful lore of the ancient world.

Clash of the titans: glass or ceramic mosaic tiles? 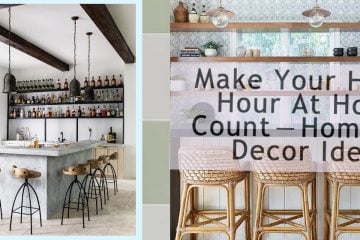 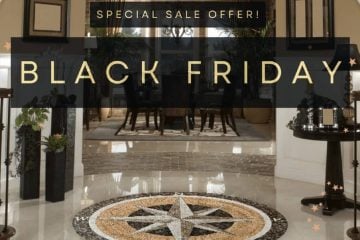 I love these home bar ideas, they are so cool. I need one in my home but I just don't know where it would fit. Time to make some room!

We don't drink all that much but I still want to have a really nice home bar, mainly for entertaining. We have a small one, but these ones look so…

I have always wanted a home bar. This for sure motivates me to get one for my home too.

Those decor ideas for a home bar are really interesting. I will definitely share these to my friend who is renovating her place.