(4 min read) This is an age-old question and quite frankly, for me personally, a mind-boggling one. I’m, okay with some artworks and with some other ones — I’m just not. Does that make me a hypocrite? Probably, but at least I’m owning it.

As an avid reader, I never read Lovecraft who was an overtly racist product of his time. I don’t care how good his “cosmic” gibberish is. Whoever saw a person walking down the street and thought it would be a good idea to enslave them, won’t get a read from me. Kevin Spacey was one of my favorite actors ever and I will never watch his movie ever again. I’ve watched and loved “Jeepers, Creepers” movies until I found out what Victor Salva was convicted of.

On the other hand, I still have all of my Harry Potter books and collectibles. I’ll still read Charles Baudelaire from time to time and I fully intend on rereading Pushkin’s “Eugene Onegin” this year. Also, I still listen to Joe Rogan podcast. (sue me)

Most of you will immediately realize what brought this question all of a sudden. Two things happened during this past week that got me riled up. First, someone posted a mosaic artwork of the Russian President of Vladimir Putin on FB with a caption: “5.000 bullet casings collected on the Ukrainian front to illustrate the true face of war”, which turned out to be fake because the said mosaic was created in 2015. Second, Will Smith has assaulted Chris Rock on stage and the whole room cheered and applauded minutes after. Soooo, what’s wrong with you, world?

Needless to say, these two cases will bring out that already mentioned hypocrite. First of all, “The Face of War” mosaic art was created by Ukrainian artist Daria Marchenko, and just like other her works from that series of artworks, it is a full-on masterpiece. She also made a variety of other masterpieces in that same series and used materials she deemed appropriate to make her political stance clear. For the mosaic portrait of then Ukrainian president Petro Poroshenko she used candy wrappers of Roshen, his company via which he amassed a huge fortune before coming to power. For the mosaic portrait of Donald Trump, Marchenko collaborated with Daniel D. Greene and used coins and casino tokens.

Needless to say, I personally feel that the sheer boldness and the audacity of this collection is quite magnificent. It’s a beautiful thing when an artist is not pandering to the masses, but making a stance and making their voice heard.

So what with this Oscar business from a mosaic buff standpoint? Well, I dunno about you, but I won’t be buying any Hollywood-related artwork any time soon. As Jim Carrey wisely observed, they are not “the cool club anymore”. Once you start applauding an assault, it’s “toodles” on all fronts from me, and that goes for mosaic artwork too. As magnificent as those pieces from “50 Faces” mosaic artwork show maybe, I wouldn’t go for most of them any time soon. Hollywood needs to get a grip.

So how about you? What’s your opinion on this whole artist-art-topic connection? Are you a latent hypocrite like me, or do you have a sturdier opinion? I would love to hear all about it in the comment section below.

PS. I also permanently deleted “I Believe I Can Fly” from my playlist. Toodles!

5 terrific dining room ideas for hosting like a champ 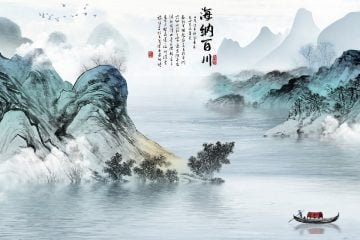 Mesmerizing Asian Mosaic Designs That Will Wow You 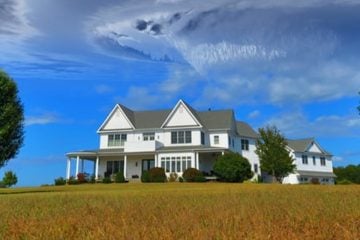 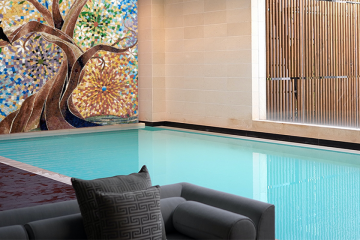 Mesmerizing Asian Mosaic Designs That Will Wow You

5 terrific dining room ideas for hosting like a champ

Ramil Hinolan
on Mesmerizing Asian Mosaic Designs That Will Wow You

The scenes look very familiar. I like that design of a dancing shape of green and yellow, looks like a cliff or something on a frame. It is so quiet…

Your mosaic works are so amazing. Truly beautiful work.

Rachel
on Mesmerizing Asian Mosaic Designs That Will Wow You

I love all of these pieces. They're gorgeous.

Tammy
on Mesmerizing Asian Mosaic Designs That Will Wow You

Oh these are absolutely stunning. I love the Oriental influences behind each of these pieces. I'd love to find something representing Korea. Thank you for sharing!

Lyosha
on Mesmerizing Asian Mosaic Designs That Will Wow You

I love traditional Chinese ink art. It always looks spectacular and adds a lot to the whole vision of the place. It's incredibly stylish and very exotic. Making it in…