(4 min read) Throughout history, the art world has been dominated by the names of incredible creators but scarcely does a woman’s name glisten on the list of the greats. Women have faced judgment and disapproval for pursuing the arts, which throughout the ages was widely considered a man’s task. Whether in the spotlight or not, women did not falter and fought through trials to contribute to the development of art, offering a valuable insight into the conceptualization of the world through a female’s eyes.

Why does the female dialogue matter so much in art? For centuries women have often been at the visual center of art, being regularly used as muses, objectified, naked and misrepresented, and arguably morphed to the wants of the male gaze. As women have faced oppression, commodification, judgment, and prejudice throughout history, it is ever-more important to allow women to represent women through art, offering a pivotal and acutely relevant narrative, let’s hear it for the ladies!

Of course, it would be preferable that there was no need at all for an article written to commend an artist for their contributions to art with significance placed on their gender, but have them revered as artists alone; regardless of their sex, however, a lot of headway is still to be made with bringing female creative’s into the spotlight and laying the foundations of an equal platform for all artists.

Gentileschi (1593–1654) was privy to the art world from her infancy, as a daughter of a great painter she often mixed paints and dedicated her life to the study of art. Creating large scale biblical paintings, she used her experience as a woman to offer a raw, organic and natural depiction of womanhood. Notice how her female visuals own natural, curved bodies, furrowed brows, and unapologetic expressions, there is no sign of the female stereotype; ‘meek and mild’ in Gentileschi’s masterpieces, and this shocked and unprepared 17th century Italy.

Her widely revered depiction of Judith and Holofernes is considered to depict a narrative of the fury and rage she experienced with her own experience of sexual assault by her art teacher and father’s friend; Agostino Tassi. She faced years of hardship and judgment in the public eye as a result of her attempts to bring him to justice, much like women in the media have faced victim-blaming and stigmatism for coming forward about their assaults.

Notice the difference between Gentileschi and Caravaggio’s portrayal of this biblical murder scene, whilst both are technically brilliant, the facial expression of the murderer in the latter is meeker, as though almost repulsed by the task she is actively committing, less violence and rage is visible, compared to the grappling, brutal scene Gentileschi delivers.

Gentileschi has been a pivotal figure in the recent #MeToo movement, by offering her acute depictions of female rage, power and organic, unmuted femininity, her depictions bring home the poignancy of a woman’s perspective in art, and seem to act as an antidote to the unnatural depictions often produced by her male counterparts.

“I fear that before you saw the painting you must have thought me arrogant and presumptuous … You think me pitiful because a woman’s name raises doubts until her work is seen.” —  Gentileschi.

This gorgeous scene is a wonderful essence of Gentileschi’s artistic attitude, notice how Mary Magdalene sits naturally in a melancholy posture, her skin folding realistically around her breast with no element of airbrushing, her dress drapes off the shoulder, an old fashioned symbol for prostitution, however, Gentileschi places a scarf partially covering her skin, so as not to draw the attention of the piece to Mary’s occupation, and more onto her raw emotion.

Gentileschi’s unapologetic representation of womanhood was shocking to a 17th-century audience, but now, it gives a clear window into the mind of a forward-thinking and fierce woman fighting with courage in the face of oppression. International Woman’s Day is not just a day to celebrate the achievements and talents of women across the world, but remembering the struggles, discrimination, and abuse of women that continues today, and aiming to achieve equality for men and women worldwide, where everyone has a voice.

The colorful, political and sensual majesty of Frida Kahlo

5 Spring Decorating Trends That Will Make Your Home Interior Blossom 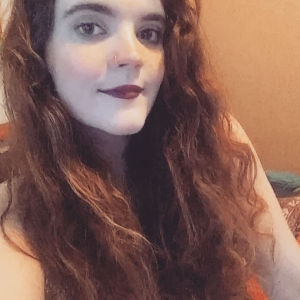 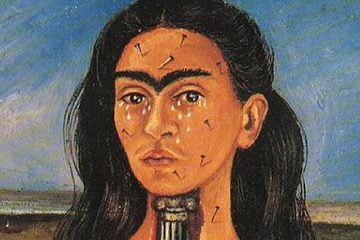 The colorful, political and sensual majesty of Frida Kahlo 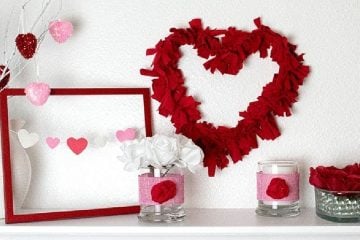 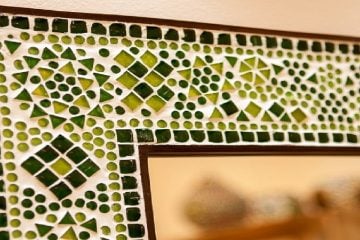 Mosaic mirrors — the most captivating focal point of your space

Mosaic art becomes a space odyssey in its own right

Getting out of the minimalistic slump

How Kitchen Mosaics can breathe life into your cooking space.

4 awesome tricks that will help your home interior look bigger

4 Essential Decor Elements to Every Room

Rachel Nelson
on Getting out of the minimalistic slump

I really like tip #3, most minimalistic rooms aren't warm and cozy at all. Also, I'm right there with you on your uncomfortable feeling when I room is too empty,…

Michelle
on Getting out of the minimalistic slump

I am loving the cabin look with the stone fire place.

Rochelle
on Getting out of the minimalistic slump

I love having a lot of color and patterns in a room. If a house is too white or minimalistic it looks unfinished to me.

Steph
on Getting out of the minimalistic slump

Beautiful as always.your mosaics are a work of art.

Pati Robins
on Getting out of the minimalistic slump

I am not sure if you seen my own home but i am all for maximalism ! These are fantastic examples